Despite considerable differences in market sizes and launch activity levels, there are many similar factors driving the juice, tea and coffee markets.

Premiumization is particularly important in all three. Although juices, in particular, have battled sugar content concerns, both juices and teas are expanding flavors and formats and tapping into an inherent, better-for-you positioning. Convenience and portability also help both iced tea and iced coffee drinks

For the record, juice drinks continue to lead soft drinks launch activity in spite of the growing popularity of other kinds of beverages and the problems facing fruit juices in terms of rising concerns over sugar content. They accounted for 43% of global soft drinks launches recorded by Innova Market Insights in the 12 months to the end of April 2017, well ahead of second-placed carbonates on 13.2%.

The picture is slightly different in the US. There juice drinks still lead, but with a much more modest 28% share, with drinks, concentrates and mixers in second place with just under 17%. Despite its traditionally healthy image, fruit juice is seeing falling sales due to rising concerns about sugar content. The launch of lower sugar options into the sub-category has been an area of particular interest, but is obviously limited to non-100% juice products. The use of sugar-free, no-added-sugar and low-sugar positionings featured in 33% of US juice drink launches in the 12 months to the end of April 2017.

Rising interest in naturalness and clean labeling has led to greater use of natural sweeteners, such as stevia. Stevia’s profile has grown and soft drinks are a major application area, although usage in juices, in particular, has not grown as rapidly as expected. Stevia featured in 8% of US juice drink launches in the 12 months to the end of April 2017, equivalent to just more than one-fifth of total soft drinks launches featuring stevia. 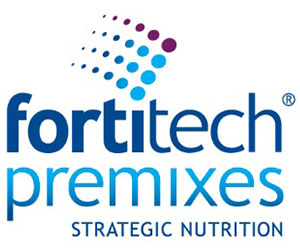 Some high profile juice drink brands have continued to develop stevia-sweetened alternatives. Generally these products use a health positioning and highlight naturalness as well as reduced sugars and calories. Examples include PepsiCo’s Tropicana Trop50, which was one of the first mainstream stevia-sweetened juice drinks on the market back in 2009, with 50% less sugar and calories than standard lines. More recently, Ocean Spray’s PACt Cranberry Extract Waters and Fruit Infusions use stevia for sweetening, while they also focus on health benefits of proanthocyanins in cranberries and some other fruits.

Despite these initiatives, growth in product activity largely has been confined to premium and value-added products. For the record, Innova Market Insights finds 100% not-from-concentrate juices increasing their share of juice drink launches from 13% to nearly 21% during a five-year period.

Rising interest in minimally-processed options has led to the growing availability of cold-pressed juices and smoothies, with many using high pressure processing (HPP) techniques for a higher quality, premium product with longer shelf-life.

Other juice growth trends include more innovative flavors, more ingredient blends and greater use of fruit and vegetable fusions. Green juice blends—featuring green vegetables such as kale, spinach, parsley, lettuce, cucumber and celery—have become increasingly popular. These also are often (1) combined with fruit to offer a sweeter taste and (2) produced via cold pressing to optimize flavor and quality.

While juice/juice drinks have a below average share in soft drinks launch activity in the US in comparison with the global picture, the reverse is true for iced or ready-to-drink tea. Iced tea accounted for more than 13% of US soft drinks launches in the 12 months to the end of April 2017, compared with 9.4% globally.

The ready-to-drink (RTD) iced tea market is seeing good growth overall, boosted by a natural and healthy image, with some consumers switching from carbonated drinks. There are relatively high levels of innovation to maintain interest in the market, as new products and players emerge to engage consumers. Tea in general has benefited from better-for-you perceptions, but the added convenience aspects of RTD options has driven them forward at the expense of more traditional bag and loose-leaf teas designed for hot consumption.

The Rise of Premiumization

Consumers are interested in premium products featuring brewed tea—made with real tea as opposed to the more usual tea extracts or concentrates. These newer, upscale drinks are moving to the fore in RTDs, particularly in the chilled tea market (following similar initiatives in iced coffees). Unilever’s Lipton Pure Leaf, already marketed as a real brewed tea and taking second place in the US RTD market through multiple retailers, has moved the brand into the traditional tea market. In this case, Unilever came out in 2016 launch of its first line of bagged and loose-leaf teas, offered in 10 hot and iced varieties.

In the RTD tea market, key growth areas include the rising availability of kombucha products. Although the fermented, lightly effervescent black or green tea drinks have been available in the US for some years, interest in functional beverages has moved them from the specialty sector further into the mainstream. An indication of this interest was PepsiCo’s purchase of KeVita, a producer of fermented probiotic and kombucha beverages, at the end of 2016.

More than 17% of US iced tea launches in the 12 months to the end of April 2017 featured kombucha in a rising range of flavors and formats, with numbers up nearly 9% compared the previous year, although still from a relatively small base.

Kombucha is also being blended with other ingredients outside the tea market, as illustrated by One Breath’s range of kombucha and kefir blends. Limited edition flavors are also extending into seasonal options, which included Health Ade’s Holiday Cheers kombucha variety for the 2016 festive season.

Innova Market Insights regards the less developed area of iced coffees as a sub-category of iced tea. That said, more recent market developments have involved ice coffees. In fact, iced coffee launches accounted for just under 5% of soft drinks launches in the US, slightly ahead of the global figure of just under 4%.

Ready-to-drink options are continuing to see good growth, while traditional hot coffee has had a more mixed performance, despite rising levels of interest in premium options. Ground coffee is struggling to remain competitive overall, but there is considerable interest in the single-cup market, offering convenience, choice and a premium image.

The reasons for growth in cold-pressed juices and brewed tea also are also reflected in iced coffee—particularly with the recent rise in cold-brew varieties. A review of launch activity indicates that nearly 60% of iced coffee launches in the 12 months to the end of April 2017 had “cold brew” in their names, ranging across traditional RTD styles such as cans, bottles and cartons.

Activity has also continued in the 2017, with a range of flavors appearing, including traditional iced coffee favorites such as vanilla and caramel. Kraft’s Gevalia brand also has been used for the launch of a cold brew coffee concentrate in House Blend, Vanilla and Caramel flavors; while retailers also are showing interest with private label introductions, such as Trader Joe’s canned cold brew coffees.

As the market has developed, it already has started to segment, with nitrogen-infused options adding further value with an extra flavor boost. As with many recent coffee trends, cold brew options started to appear in coffeehouses and then moved on to the retail market. In the retail sector, it was pioneered by brands such as Black Medicine, Oakland, Calif., although its Cold Pressed range is actually brewed hot in an oxygen-free environment and then cold pressed to extract maximum flavor.

Lu Ann Williams is director of innovation at Innova Market Insights, provider of market research services including the Innova Database. With 20 years’ experience in the food industry, Lu Ann is a trend expert and frequent public speaker at events worldwide. She leads a team of analysts and works with global clients. Contact her at luann.williams@innovami.com.