This website requires certain cookies to work and uses other cookies to help you have the best experience. By visiting this website, certain cookies have already been set, which you may delete and block. By closing this message or continuing to use our site, you agree to the use of cookies. Visit our updated privacy and cookie policy to learn more.
Home » Formulators Use Seeds and Grains to Boost Health, Texture and Premium Appeal
Flours, Grains & Pasta

It doesn’t matter whether you’re talking about ingredient trends or finished product trends. Seeds and grains may be small in size—but they drive some large food and beverage trends.

That’s all because consumers are increasingly aware of the nutritional properties of seeds and grains (and, in particular, ancient grains). Likewise, people are becoming more intrigued by the unique flavors and textures that seeds and grains impart to various products.

Seeds and grains also fit well with other timely market trends and developments—including demands for clean-label and free-from options; the rising popularity of vegetarian and vegan-friendly choices for flexitarian diets; and interest in on-trend diets such as raw, paleo and FODMAP.

Seeds, by themselves, are growing as convenient and nutritious snacks. Of course, they debuted in blends with other seeds and items such as nuts and dried fruit. More recently, however, seeds are expanding, growing in popularity and branching out as companies add more single-seed packs both for snacking and as an ingredient in home cooking and baking.

Nearly one-third of US launches of snack nuts and seeds recorded by Innova Market Insights in 2017 featured seeds—either alone or in combination with other ingredients. Interestingly, that figure is up from 26.5% in 2012. Traditional favorites—sunflower seeds and pumpkin seeds—continue to dominate. Respectively, these two varieties featured in 13.6% and 12.9% of 2017 snack nut and seed launches.

Both types of popular seeds also appear in trail mixes and other blends of nuts, fruit and seeds—many of which tout functional health benefits. One example is John B Sanfilippo & Son’s Orchard Valley Harvest Antioxidant Mix with almonds, cranberries, blueberries, cashews and pepitas (pumpkin seeds).

Seeds also are increasingly popular in bakery products—particularly breads and savory biscuits as well as cereal bars. Nearly 25% of US bread launches in 2017 featured seeds of some kind and often a blend of more than one, reflecting the rising popularity of multigrain/multi-seed options and the consumer preference for more artisan-style, traditional breads with a nutritious, natural image.

While sunflower and pumpkin seeds dominate launch activity overall (with sesame also a traditional favorite) there is growing interest in other seed types, such as flaxseed, known as a rich source of omega 3 fatty acids; poppy seeds, particularly popular in bakery products; and more unusually in the food industry, hemp.

Hemp (Cannabis sativa) is best-known for its industrial uses and was one of the first plants to be spun into usable fiber over 10,000 years ago. More recently, its use in food and drinks products has started to come to the fore, moving it from commodity-style seed and seed blends largely sold through specialist health food stores into more mainstream use in a wide range of products.

The number of US food and drink launches containing hemp has nearly doubled during the past five years, with products marketed as sources of high-quality plant-based protein, as well as being high in polyunsaturated fatty acids, B vitamins and minerals and containing high levels of both soluble and insoluble dietary fiber. 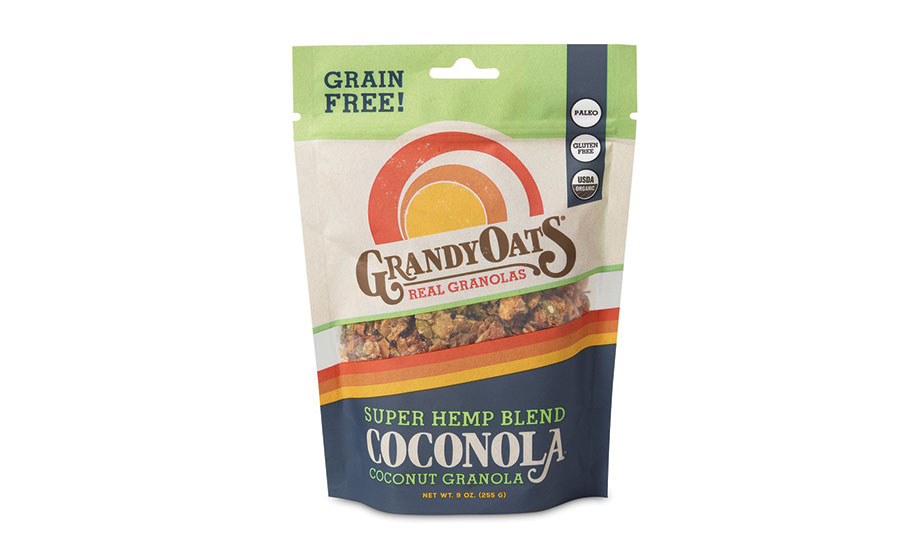 Innova Market Insights’ tracking data show the number of US food and drink launches containing hemp has nearly doubled during the past five years.
PHOTO BY GRANDYOATS (WWW.GRANDYOATS.COM)

Products containing hemp are increasingly evident in a wide range of categories. However, it’s clear that cereals—particularly cereal bars—are the main area of activity and accounting for just more than 30% of US launches recorded by Innova Market Insights in 2017. Snacks take second place with 14%, ahead of sauces/seasonings with 9%, bakery with 8% and dairy, with 7% of new product references.

Most products in cereals and snacks feature blends with other cereals, nuts and seeds, often without hemp specifically mentioned in the name. Meanwhile, a few more specialist products and brands are now emerging, such as Manitoba Harvest’s range of hemp products in North America. These include Hemp Heart Bites in resealable pouches in Original, Chocolate and Cinnamon varieties, as well as an increasing range of Hemp Heart Toppers and the original Hemp Hearts and various hemp oil and protein products.

Go With the Grain

Ancient grains are growing in popularity and appear in many of the same products that showcase seeds. These items tout nutrition, clean label appeal and some also emphasize on-trend gluten-free formulations.

Active product categories here include bakery, cereals and snacks. Another category known for activity is that of ready meals and its meal components subcategory, which mainly consists of grain products such as Hilary’s Millet Medleys from Drink, Eat Well LLC.

For the record, Innova Market Insights data show the meal components subcategory again led ready meals in terms of global NPD growth in 2017, with its subcategory share rising to 11.2% in 2017. Within the US market, the meals component subcategory registered a more modest and static share of 7.4% of all new meal introductions that featured grains. No doubt, this reflects the relatively early adoption of wholegrains, multigrain and, most recently ancient grains—resulting in a more mature overall market.

There is ongoing interest in grains in general, with more value-added and convenient formats hitting the shelves, along with those products touting better-for-you formulations. The meal components subcategory is mainly divided between more established traditional grains, such as couscous, and the more dynamic and on-trend ancient grains, led by quinoa, and between commodity-style packs and value-added mixes and flavored options. More blends of different grains also are appearing, along with mixes incorporating different types of rice.

There are varying definitions of ancient grains. However, it is generally agreed that these grains were once very popular basic food cereals, but faded away and became largely obsolete in many countries with the rise of modern cereal crops, such as wheat and corn.

Many products feature a range of ancient grains and—among those ancient grains—quinoa leads the list. It appeared a leading 44% of all US launches with ancient grains in 2017. This illustrates its move from serving as specialist health ingredient to a high profile, fashionable “must-have.”

For the record, Innova Market Insights classifies and tracks chia as a grain. A popular ingredient, chia appeared in 37% of all new product launches touting ancient grains. Rounding out the list were millet (appearing in 22% of all new launches with ancient grains), sorghum with 15%, and buckwheat on 14%. More modest activity levels were recorded for spelt, amaranth, kamut/Khorasan, triticale and teff. All these are often used in combination with one or more other ancient grains, as well as other more standard ingredients. 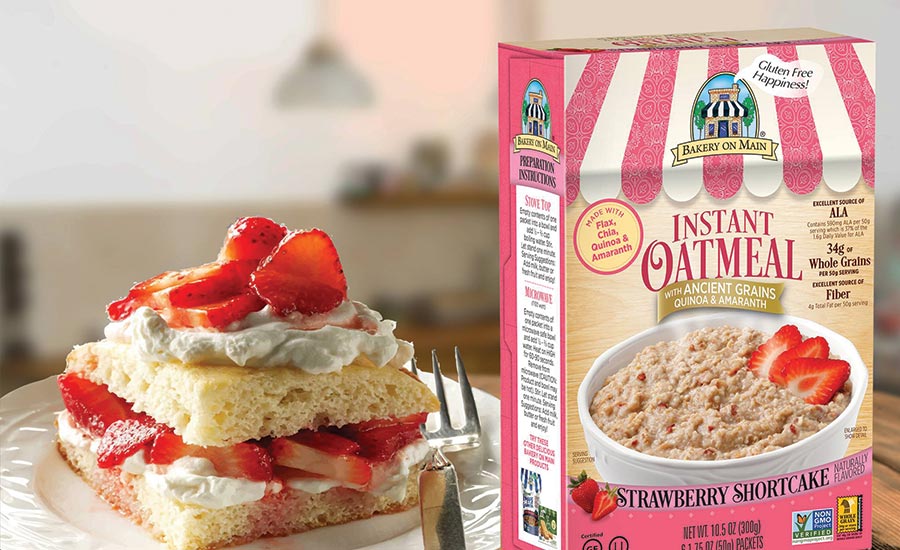 Product activity continues a brisk pace in the cereal and energy bars subcategory—although most products carry a wide range of ingredients and use a host of health claims to appeal to the widest audiences. Some launches do focus more specifically on ancient grains, however. Recent examples include Kind Almond Butter Breakfast Protein Bars with millet, buckwheat, amaranth and quinoa; Zego Fruit + Chia Bars; and Enjoy Life Crispy Grain & Seed Bars with sorghum.

Originally appeared in the May, 2018 issue of Prepared Foods as Small but Mighty.