Mindful consumers continue to catalyze changes in the way that companies formulate, package and label new foods and beverages. These shoppers increasingly want to know what is in their foods and drinks—and they’re using that information to make related decisions about personal health, sustainability and even ethical issues. With this background, it is not surprising that “clean label” continues gaining momentum and is becoming a mainstream trend.

Innova Market Insights tracks this trend by documenting product claims, certifications and other on-pack language. Consider that more than 28% of global food and drinks launches recorded by Innova Market Insights in the 12 months to the end of March 2018 used one or more of the following claims: “natural,” “organic,” “no additives/preservatives” and “non-GMO.” In the US, this trend figure was even higher. During the same tracking period, more than 40% of new food and drink products carried one or more of the claims mentioned.

On a broader level, Innova Market Insights also finds rising interest in areas of vegan friendly, raw and paleo diets. Manufacturers also are communicating more about minimal processing with references to “cold-pressed” and “high-pressure” treatments. And last but not least, there are more on-pack references to ethical concerns with claims and/or references to Fair Trade certification, sustainability, packaging, the environment and animal welfare.

Claims about no additives or preservatives continue to appear widely on packages. They were referenced in just under 16% of global launches during the 12 months to the end of March 2018 and this figure rose to nearly 22% of all new US food and beverage launches during the same time. That said, the area experiencing the most growth involves GMO-free claims. Globally, GMO-free claims were used for 5.8% of all items launched from March 2017 through March 2018 (just behind natural claims at 6.2%). Meanwhile, in the US, interest has been particularly strong and GMO-free claims were used for 16.5% of introductions, which were well ahead of “natural” claims at 10%. 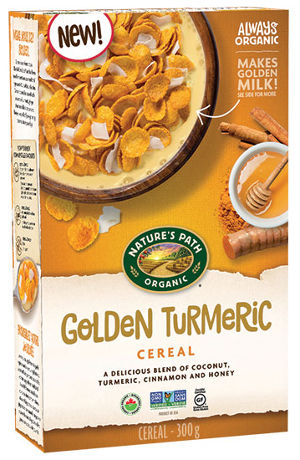 This partly reflects US concerns over the definition of “naturalness.” However, it also is clear that the use of genetic modification has become a real issue in the US, where there was traditionally relatively limited consumer resistance to GM foods. The move of non-GMO-certified foods into the mainstream in the US has largely taken place since 2013, following a number of developments from major players in the retail and foodservice sectors. What’s most interesting is that the non-GMO claim on 16.5% of all new US products is up from less than 10% just three years ago and it stands at nearly three times the global figure.

As a result of growing consumer concerns over the issue, pressure for the right to choose non-GMO products resulted in the rise of GMO-free claims, the development of a non-GMO movement and programs such as the Non-GMO Project Verified label. This was launched in the US in 2008 as a non-profit collaboration to ensure the sustained availability of non-GMO food and drink choices.

It is reported that sales of products using the Non-GMO Project Verified label reached more than US$26 billion in 2017, up massively from just US$1.2 billion in 2011. Brands approved under the initiative in early 2018 included J& J Snack Foods’ Whole Fruit Fruit Bars and Organic Juice Tubes, New Primal’s marinades and cooking sauces and SweeGen’s Bestevia Reb D stevia leaf sweetener.

Snacks and cereals is the leading category with the most new products and GMO-free ingredient claims. Of course, that reflects the significance of genetically modified ingredients in products using cereal grains. Although snacks had the highest number of GMO-free introductions overall in the US, cereals led in terms of penetration. More than 41% of launches of breakfast cereals and cereal bars featured this type of claim in the 12 months to the end of March 2018; compared with 29% for snacks. Compared to three years earlier (2015) these numbers are up from 34% in cereals and 25% in snacks respectively.

There has also been relatively strong interest in non-GMO labeling in the dairy industry, where 22% of recent launches carried GMO-free claims. A natural image has traditionally been important in dairy, and growing interest has led to ongoing activity in organic and grass-fed or pasture milks. There is a strong link between organic dairy lines and non-GMO certification, with many products using both types of positioning, including some leading organic dairy producers such as Stonyfield Farm and Organic Valley. Both of these have also been at the forefront of the promotion of pasture or grass-fed milk and fresh dairy products in the mainstream market.

Overall interest in organic foods and beverages continues to grow. Some sources now value the global organic foods market at well more than US$80billion a year, led by the US with annual sales of about US$40 billion, ahead of Europe at US$30 billion. Estimates vary markedly according to source and definition, however, particularly as to whether natural foods also are included.

In the US, there are several categories, in particular, growing with new organic products. During a 12-month tracking period to the end of March 2018, Innova Market Insights found organic claims on 12% of all new sauces and seasonings, 10% of all new soft drinks and 9% of all new hot drinks.

In terms of penetration, however, the US baby/toddler foods category clearly leads, with as many as 43% of all products claiming an organic positioning.  Meanwhile, it’s estimated that organic claims figure into as much as 31% of all hot drinks (products meant to be consumed “hot”), 24% of all cereals and 22% of soft drinks.

Organic’s dominant role in the baby and toddlers category is not surprising, given the desire of parents to provide the best for their children. Attributes of naturalness, purity and quality always are high on the agenda for these shoppers. Penetration is particularly high in the US, where the market is highly developed and more half of related launches use an organic positioning. Organic claims are strongly concentrated in the baby meals sub-category, particularly in fruit and vegetable products in pouches.

Hot drinks take second place in the US in terms of organic penetration. Looking more closely, Innova Market Insights finds that 44% of all new tea products use organic claims—compared with 31% of all new category offerings making the same claim. A more modest 19.5% of coffee launches used organic claims.

Meanwhile, those manufacturers of hot drinks also are big users of ethical claims, with ethical-human claims (in particular Fair Trade), featuring on 21% of launches. Many of these same products also are organic. When it comes to this area, it’s coffee—rather than tea—that leads with more than 26% of new launches featuring an ethical claim. 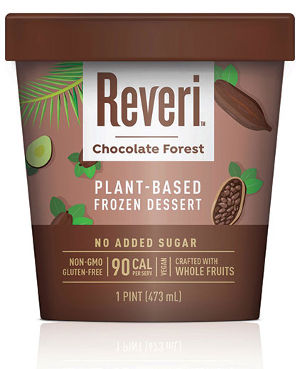 Looking at the category of soft drinks, it’s clear that organic options also have a relatively high penetration level in iced and ready-to-drink teas, particularly in the US. Organic claims were used on more than 22% of US soft drinks launches overall, but this rises to 26% in juices and juice drinks and to nearly 35% in iced tea.

Rising interest in vegan diets reflects interest in clean diets that respect animal welfare and environmental concerns. For the record, Innova Market Insights data indicate that food and drink launches featuring the term “vegan” accounted for 5% of total global introductions in 2017, up from just 1.2% in 2011. In the US last year, a slightly larger 7% of all new products carried vegan claims.

For the record, Innova Market Insights data indicate that food and drink launches featuring the term "vegan" accounted for 5% of total global introductions in 2017, up from just 1.2% in 2011. In the US last year, a slightly larger 7% of all new products carried vegan claims.

The recent mainstream push of vegan products is a result of their widening appeal beyond the relatively small group of people who avoid animal products for ethical reasons. Today, there’s a much larger group of people seeking healthier, cleaner foods and not necessarily following a strict vegan diet.

Although vegan numbers remain limited in comparison with those for vegetarians, flexitarians and non-meat eaters, it is clear that products suitable for vegan diets are gaining a much higher profile as a result of improved labeling and easier identification.

In summary, it’s clear that clean labeling—in its many aspects—has become a major focus for new product development. Likewise, this shift influences entire brand reformulation and repositioning efforts. It’s all because consumers are demanding shorter and more recognizable ingredient lists.

Likewise, this trend has become a wider movement involving increasingly mindful consumers. They’re trying to make responsible food choices that are not only healthy, but also sustainable and ethical. They’re taking a more holistic approach in increasingly complex situations and weighing different factors in purchasing decisions.

Originally appeared in the July, 2018 issue of Prepared Foods as Mindful Meals.