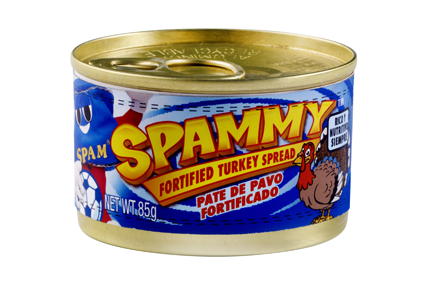 SPAMMY, a fortified poultry product designed by Hormel Foods and named after the company’s iconic SPAM® family of products, was created to help address malnutrition in children. Officials say SPAMMY is used as an ingredient and blends easily into customary diets. The product was tailored to meet the specific micronutrient needs of children in Guatemala, based on findings from earlier research conducted by Hormel.

Officials say the latest research demonstrates the benefits of supplementing traditional diets with high-quality protein and micronutrients. During a recent trial, more than 160 preschool-age children in Guatemala ate either a fortified or unfortified version of SPAMMY on school days during a 20-week period. The fortified version contained the addition of several micronutrients, such as vitamins D and B12, which are important nutrients for children, but are deficient in this area of the world. Both versions were identical in protein, calories and fat.

“It is encouraging to see these results and the success that SPAMMY is having in improving the lives of so many children in need,” says Kevin L. Myers, Ph. D., vice president of research and development of Hormel Foods. “Our company and our employees are enthusiastic about this program, and we plan to continue our efforts in Guatemala.”

Dr. Noel W. Solomons, scientific director for CeSSIAM, a partner in the project, adds, “The findings revealed the magnitude of deficiencies of two vitamins – D and B12 – in young Guatemalans, and fortified SPAMMY has outstanding potential to address this situation when it is incorporated into meals fed to children.”

Hormel Foods says it has been working with partners in Guatemala since 2008 to provide SPAMMY fortified poultry product to malnourished children and donated 2.4 million cans of the protein-based item in 2013.

“Every time I return to Guatemala it is amazing to see the growth of Project SPAMMY and the positive contribution the SPAMMY product is making in the lives of so many,” says Jeffrey M. Ettinger, Hormel chairman of the board, president and CEO. “We are encouraged by the success thus far and are excited about the potential of this product to help improve the lives of children and families.”

A total of 167 children at a daycare center located in Ciudad Peronia, a semi-rural city approximately eight miles outside of Guatemala City, Guatemala, completed the randomized, double blind trial. The control group received a daily meal containing unfortified SPAMMY, and a treatment group received a fortified version. The fortified product contained a vitamin and mineral blend that included, among other micronutrients, vitamin D, several B vitamins including vitamin B12, iron, zinc and iodine.

Anthropometric measurements and blood draws were completed at both baseline and endline; a subset of 60 children completed cognitive tests before and after the 20-week trial.

Meals containing SPAMMY were prepared on-site and were served at the beginning of the school day. A two-week rotating menu was created that incorporated SPAMMY into traditional foods such as doblada, tostada, chuchito, rice and black beans. Four women were hired from the community to monitor and record consumption and liking. The meals were well accepted among the children throughout the 20-week intervention.

The Bracken Basic Concept Scale - Receptive was administered to assess intellectual function at baseline and endline for a subset of children. Both groups had higher scores on the cognitive test at study completion and a positive relationship was found between vitamin D and cognitive gain among the treatment group.

This latest research builds on previous work conducted by Hormel Foods showing vitamins D and B12 are of public health concern in this population. A 2011 survey of preschool-age children living in urban and rural locations in Guatemala illustrated that 36% and 77% had low vitamin B12 and vitamin D values, respectively. In response to these results, SPAMMY was reformulated to address the documented nutritional needs of the region.