Consumers are demanding more from their dairy product favorites—as in more clean labels, value-added ingredients, portability and sugar reduction. It’s fascinating then, to see these themes play out across leading categories of cheese, cultured products, ice cream and milk.

As consumers continue to seek out food with clean ingredients, protein on the go, freshness and convenience, cheese is the answer to many of those needs. Last year saw cheese processors double down on portable snack offerings—from cheese bites to snack packs. Hybrid options (think cheese paired with lunch meats, nuts, fruit and pretzels) are popping up everywhere. Portion control and portability are the keys.


There have been a slew of innovative new snack and convenience cheese products to hit stores over the past year.

And Sargento Foods, Plymouth, Wis., expanded its Balanced Breaks brand (its 1.5oz snack packs) with the release of a sweet line. The snack combines natural cheese with sweet ingredients such as dried fruits and dark chocolate. It comes in four varieties, including Monterey Jack cheese, dried cranberries and dark chocolate-coated peanuts.

The “craft movement” is slowly emerging in cheese, according to “Cheese Global Annual Review 2017,” a publication from global market research firm Mintel. As noted in Mintel’s report, “cheeses positioned as (hand) crafted meet consumers’ appetite to know more about products, their makers and the inspiration behind brands. Craft brands of food and drink are associated with high-quality ingredients, small-scale production, and time and care taken in production.” 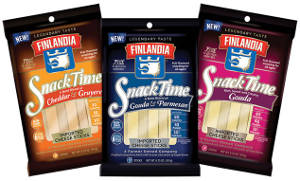 Saputo also launched some unique flavors under its Great Midwest brand: a Pesto Jack (Monterey Jack with garlic and basil pesto) in 8oz rounds; and Mediterranean Cheddar (a blend of sun dried tomatoes, Kalamata olives and spices) in 7oz bars.

Other cheese brands appealed to consumers’ desire for more premium and organic options. One of those was Emmi Roth, which introduced Roth Organics, a new collection of four cheeses made with organic milk. The line features its Grand Cru Original, Van Gogh Gouda, Havarti and Sharp Cheddar.

Now that the Greek yogurt craze has settled, plenty of other yogurt styles and concepts are vying for share of consumers’ stomachs. The biggest themes showing up are protein, whole milk, lower sugar, clean labels and convenience. Also of interest are probiotics, as well as grass-fed and lactose-free formulations.

Siggi’s, maker of Icelandic-style yogurt, added Triple Cream yogurts made with 9% milkfat to its line.

Lifeway Foods, Morton Grove, Ill., focuses a lot of attention on probiotics, from its kefir to its ProBugs line. ProBugs includes squeezable pouches of whole-milk kefir and Bites, freeze-dried kefir melts for children 9 months and older. Each 4oz pouch or serving of bites has 10 live and active probiotic cultures.

Lifeway also added several on-the-go options to its portfolio, including more 8oz bottles of kefir, which now have packaging to match the 32oz bottles. It also strained its drinkable kefir into 5.3oz cups for a spoonable snack. The kefir comes in a variety of flavors, in organic and conventional options. In addition, the company’s farmer cheese, which was available only as a multi-serve item, now comes blended with real fruit in single-serve cups.

DanoneWave had several launches in these areas in 2017, including Activia Lactose-Free and non-dairy Silk almond milk yogurt. On the organic side, it introduced a whole-milk line of Horizon Organic yogurt cups and tubs. And its Wallaby Organic brand added new seasonal pumpkin Greek yogurt and whole-milk Greek yogurt varieties.

As mentioned, drinkable varieties of yogurt, usually in the form of smoothies, continue to gain popularity across the category.

Good Culture Cottage Cheese also recently updated its packaging to what it calls a more “modern design” and added organic Mango and all-natural Peach flavors to its lines. In addition, the company expanded its flavored cottage cheese line this past summer to include a natural range. Its original line is organic. The single-serve cottage cheeses are made with natural ingredients (no gums, preservatives, protein concentrates or artificial ingredients.) Both the organic and natural lines are made with whole milk from grass-fed cows.

Unlike some other food segments associated with indulgence, the ice cream subcategory doesn’t appear to be suffering from consumers’ collective health quest. In fact, only 11% of surveyed US consumers reported cutting back on ice cream or frozen treat consumption due to health concerns, stated global market research firm Mintel in its 2017 “Ice Cream — Global Annual Review.” And an almost equal share — 10% — said they were actively avoiding “healthy versions” because they are “meant to be treats.” 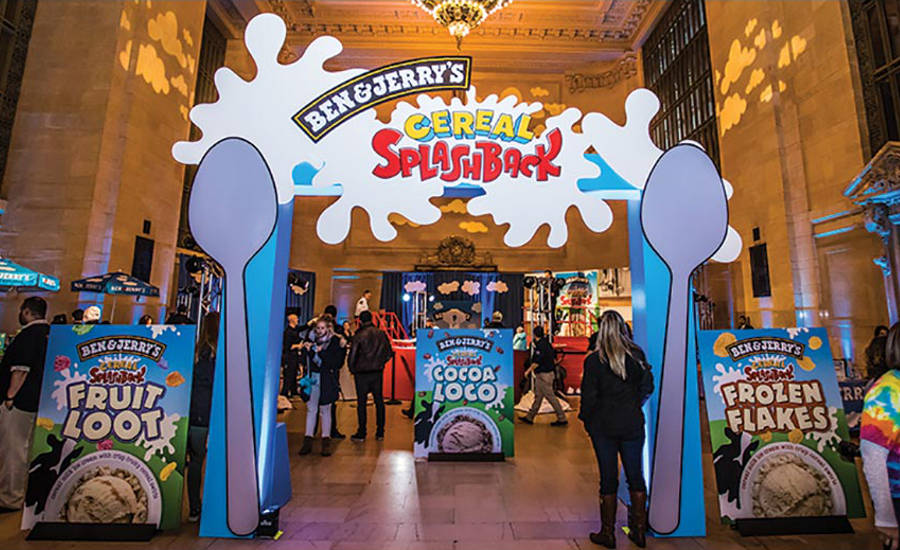 Ice cream consumers might want to indulge, but that doesn’t mean they are ignoring what’s on the ingredient labels. There’s a strong push on consumers’ part for cleaner labels, noted Luconda Dager, president of Utica, Ohio-based Velvet Ice Cream Co.

“We’ve worked closely with our ingredient suppliers and have carefully selected ingredients with less or no processing,” she said. “Incorporating these simpler ingredients has made it possible for us to offer cleaner, easy-to-understand labels to our customers.”

Consumers also are clamoring for clean labels that go beyond natural, said Samantha Hill, director of growth for Snohomish, Wash.-headquartered Snoqualmie Ice Cream. They want options that are GMO-free, organic and more.

To meet demand here, Snoqualmie introduced a line of super-premium organic craft ice cream early in 2017. The French-style frozen custard comes in traditional flavors such as vanilla and chocolate, as well as more innovative flavors such as lavender.

No matter what benefits the label promises, the ice cream won’t enjoy a repeat purchase if the consumer is disappointed in its taste.

On the ice cream novelties side, Mars Ice Cream, Hackettstown, N.J., put a candy-filled spin on the traditional ice cream bar with the recent launch of its M&M’s Bar. Each ice cream bar is individually wrapped and features M&M’S candy pieces and reduced-fat vanilla ice cream, covered in milk chocolate. A spokesperson for Mars Ice Cream said the bar is a “great treat for families because it’s convenient and clean to eat.”

Originally appeared in the March, 2018 issue of Prepared Foods as Keep it Moo-ving.