Confections and snacks often share usage occasions, but one thing they do not share is rosy growth prospects. While confectionery has struggled, snacks have gained. In 2017, some confectionery giants appeared to recognize that the “grass is greener” in snacks.

Confectionery makers have felt the heat with rising public concern over public health issues such as obesity, diabetes, and heart disease. Government regulation is a looming threat, especially with soft drink taxes proliferating. Confectionery could be next.

This past November saw Mars purchase a minority stake in the maker of Kind snack bars. In December, Hershey announced the purchase of Amplify Snack Brands and its SkinnyPop, Tyrrells, Oatmega, and Paqui brands for $1.6 billion. In June 2017, Nestlé announced plans to sell its US confectionery unit, citing poor growth prospects. Nestlé officials said they expected to wrap up a deal by March 2018.


Meanwhile, Hershey announced that 50% of its standard- and king-sized confections and snacks would have fewer than 200 calories by 2020 (up from 31% that currently meet that goal). This type of thinking influenced 2017’s launches as confectionery makers sorted through health issues.

Seeking to sidestep health concerns, chocolate candy brands continued to move into snacks with hybrid products offering a bit of both. Nestlé offered a Sweet & Salty Snack Mix for its Buncha Crunch, Rasinets, and Butterfinger brands. Hershey Crunchers Cookies ‘N’ Crème Snack did much the same. This hybrid approach also resonated with bakery companies like Tasty Baking, which launched TastyKake Kake Chip, a snack with the crunch of a chip and the sweetness of cake.

Functional candies remain a niche market, but one offering future innovation paths. Energon Qube Power Up Performance Gummies are to be consumed before or during workouts to enhance performance. Zellie’s Naturally Sugar Free Gum and Thrive Lollipops are both sweetened with xylitol, a sweetener said to help improve oral health, fighting the perception that candy harms teeth. 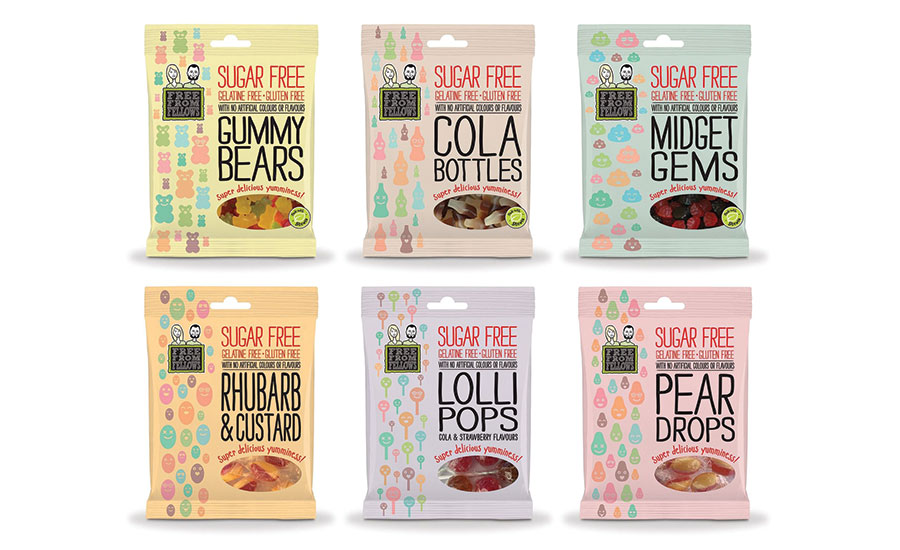 The snack categories saw a torrent of innovation in 2017, with renewed focus on healthful snacking, even in categories not known for it.

The snack categories saw a torrent of innovation in 2017, with renewed focus on healthful snacking, even in categories not known for it.

Crunchy texture as a way to shake things up also popped up elsewhere, like snack nuts. Toward the end of 2017, Frito-Lay launched Doritos Crunch Nuts Snacks, a snack nut coated with cheese or ranch flavors.

Other ways to make chips “better for you” included using healthful vegetable ingredients. SunChips Sweet Potato Whole Grain Chips and Sun Chips Veggie Harvest Veggie & Whole Grain Snacks were on-board. One odd new vegetable-based chip was Farmhouse Culture Probiotic Kraut Krisps which are literally made with sauerkraut (and claim to have one billion probiotic cultures per serving), yet are shaped like tortilla chips.

Cassava emerged as a challenger to white potatoes as a chip ingredient in 2017. Cassava, also called yuca, is a gluten-free root vegetable that is rich in complex carbohydrates. Plant Snacks Cassava Crunch Yuca Root Chips and Nova Crisp Cassava Chips sung the praises of cassava. So did Wai Lana Turmeric Cheese Cassava Chips, a launch alluding to the emergence of yet another healthful snack ingredient: turmeric.

An ancient superfood often used in Ayurvedic medicine, turmeric is rising in food and drink. R.W. Garcia Lentil & Turmeric Tortilla Chips was the first tortilla chip to use the ingredient, and may not be the last. According to a GlobalData Q1 2017 survey, 50% of Americans believe turmeric has a positive impact on health, just ahead of 49% that say the same about chia. 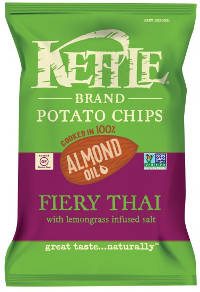 Avocado is naturally high in fat, and its trendiness demonstrates that attitudes toward fat have become more positive, opening the door to innovation. Ghee, a type of clarified butter naturally high in saturated fat, made its debut in the popcorn category in 2017 with Lesser Evil Buddha Bowl Foods Oh My Ghee! Organic Popcorn. 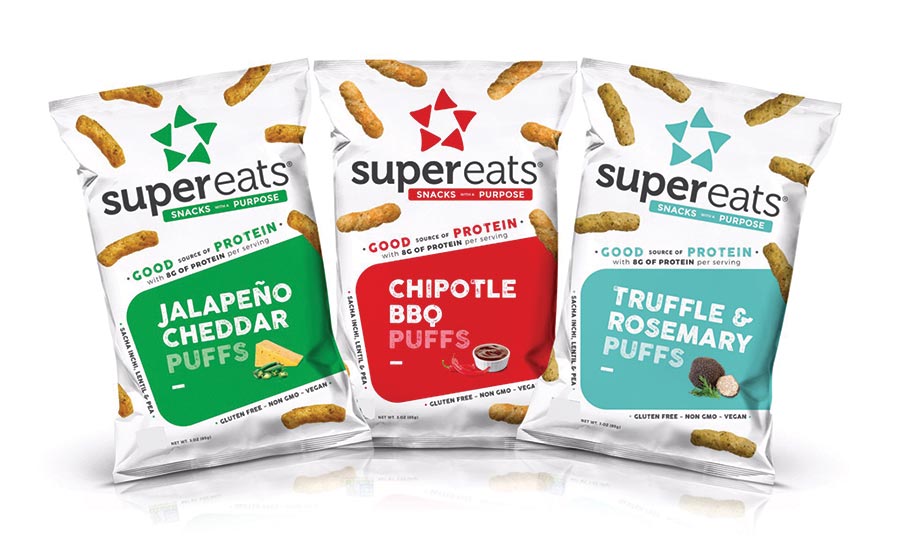 Continued interest in protein drove snack innovation with over 20% of 2017's new savory snacks boasting elevated protein contents, up from 16% in 2016, per GlobalData's Product Launch Analytics.

Chickpeas came on strong in 2017, capitalizing on the love of plant-based protein. Hippeas Organic Chickpea Puffs took chickpeas into puffed snacks while snack nuts saw launches like Biena Chickpea Snacks. Frito-Lay even joined in, though surreptitiously through its new Off the Eaten Path brand from “Rare Fare Foods.” It launched chickpea-based Hummus Crisps in flavors like Garlic Tomato & Basil.

Meat snacks continued their run with innovations intended to bring new consumers to the market. Jack Link’s A.M. Dried Breakfast Sausage Snack can be eaten as a snack or heated and enjoyed as a hot breakfast for busy consumers. The company estimates that 60% of its sales have been incremental to the meat snack category.

Clean label was an innovation influencer, even for big brands. Kraft Foods’ Planters brand launched “pure and simple” Raw Almonds and Cashews snack nuts. Angie’s Boomchickapop (purchased by Conagra for a jaw-dropping $250 million in 2017) added Real Butter Popcorn in flavors like Buttery Caramel, all touting simple ingredients and “nothing fake.”

Bold flavor was arguably the flavor trend in snacks in 2017.  Pringles Loud Corn Crisps were on trend with flavors like Fiery Chili Lime. Frito-Lay’s Doritos Heat Wave Tortilla Chips brought the heat with flavors promising changing flavor through the snacking experience. The Chipotle Cream flavor “start(s) out cool and tangy and then wind(s) up fiery hot.”

One trend to watch in 2018 is the use of Mexican spice brands in snacks. Pop! Gourmet Kettle Cooked Potato Chips with Tajin Seasoning uses a brand of seasoning familiar to Mexican consumers (and one now gaining shelf space in US supermarkets), a possible sign of things to come.

Originally appeared in the March, 2018 issue of Prepared Foods as Sweet and Tart.