From Plant to Plate

Plant-based fare is steadily increasing on restaurant menus. However, only 15% of consumers say that they follow a specific type of diet, such as vegetarian, pescetarian and vegan, according to Technomic’s Consumer Trends Reports, powered by Ignite. If only a minority of consumers are following meatless diets, then why is there continuous growth of plant-based food at restaurants?

One part of that answer may lie in the evolution of flexitarian consumers—those who consume a mostly vegetarian diet, but occasionally eat meat. Half of consumers say they are eating more plant-based fare now than one year ago, and 62% eat meatless meals at least once a week.

A focus on health is the driving force behind the rise of plant-based consumption. Consumers report that the number one reason for eating meatless entrees is because it is good for them. More than one-third of consumers eat meat-free entrees to feel better physically. With the term “health” evolving from a focus on nutrition to a more holistic take on wellness, operators should expect these motives for meatless consumption to only grow stronger. 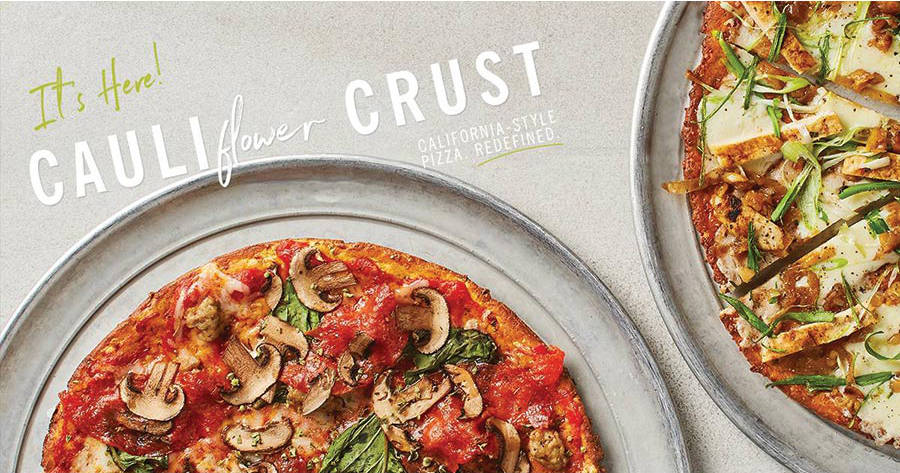 Another emerging motive for plant-based consumption is a focus on sustainability and animal welfare concerns. In just two years as of late, the percentage of consumers who reported that they consume meatless entrees for reasons related to social responsibility rose from 16% to 23%.

Generational differences are quite evident in the consumption of plant-based fare. Indeed, younger consumers (18-34 years old) are the ones driving the plant-based food movement. Compared to older consumers (35+ years old), younger folks tend to place greater emphasis on health, sustainability and animal welfare. They also tend to be more open to new flavors in vegetarian and vegan dishes. In addition to an age divide, gender differences also persist: Women favor plant-based menu options to a greater extent than men.

Consumption of vegetarian or vegan options is generally consistent across dayparts, with consumers eating meatless items for lunch and dinner just slightly more than breakfast. This could be because more people tend to skip breakfast, but rarely skip lunch or dinner.

With consumers defining “healthy” breakfast dishes as those that are filling and energy-providing, operators are responding by incorporating plant-based fare known for its satiety and energy-fulfilling qualities. In fact, according to Technomic’s MenuMonitor, powered by Ignite, one of the fastest-growing health claims on Top 500 breakfast menus is high protein, up 11.4% in the past year. Examples of high-protein, energy-boosting plant-based breakfast items include: 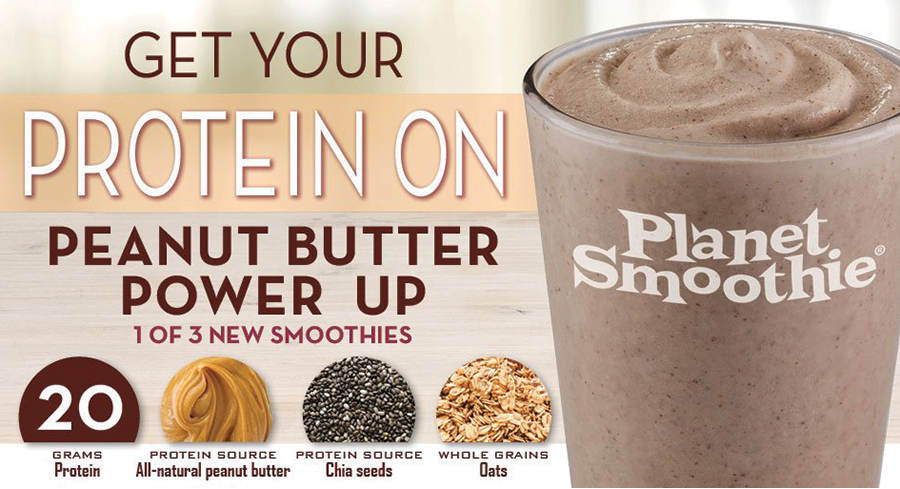 Although an overall generational divide between younger and older consumers’ plant-based consumption habits exists, this divide is even more visible at breakfast. Only 17% of older consumers report they would like more restaurants to offer vegetarian or vegan dishes for breakfast, compared to 32% of younger consumers.

Operators also are highlighting cruciferous vegetables in unconventional ways. Technomic data show an 11% increase in sides featuring Brussels sprouts and a modest increase in appetizers featuring cauliflower. Some examples are:

Once again, the demand for plant-based starters, small plates and sides comes most prominently from younger consumers. However, beyond age, gender skews also exist. An estimated 37% of female consumers agree that they would like restaurants to offer more vegetable-focused appetizers compared to 28% of male consumers. Likewise, 39% of women report they would like restaurants to offer more vegetable-focused small plates versus 28% of men. To make these types of dishes more appealing to men (who prefer more indulgent, meat-heavy small plates and starters), operators should emphasize plant-based foods’ flavors and advertise these dishes on menus or social media with Instagram-worthy, mouthwatering pictures.

Both younger and older consumers express that they are more willing to try new flavors and vegetables on small plates over entrees. This is likely because it’s less of a risk on a small plate monetarily, so diners won’t be gambling the enjoyment of their full meal. Thus, operators should utilize small plates, as well as starters and sides, to test out new vegetables and help unpopular vegetables go mainstream.

Plant-based food is not only pushing meat and carbohydrates to the side, but in some cases completely replacing them. More specifically, we are seeing plant-based fare swapping out common carbohydrates such as rice, noodles and pasta. Examples include:

Plant-based crusts in pizzas are also making moves on Top 500 menus. For example, both Pie Five Pizza Co. and California Pizza Kitchen debuted cauliflower pizza crusts this past winter. These crusts appeal to both health-oriented and gluten-sensitive guests.

Looking forward, operators should look beyond cauliflower to experiment with other vegetables in their pizza crusts. For example, zucchini, kale and broccoli are all possible plant-based options that operators may use to substitute flour-based crusts. Forward-driven concepts may even combine multiple vegetables for a bolder and more vibrant pizza base.

One way operators are meeting this demand is by formulating vegan and vegetarian ingredients to look and taste like meat. The three most preferred plant-based protein substitutes are vegetables, beans and grains. Each is high in protein, with grains also high in carbohydrates, lending a similar satiety that traditional meats would provide. Other preferred plant-based meat alternatives include eggs, nuts and seeds—all of which offer healthy fats and high protein. 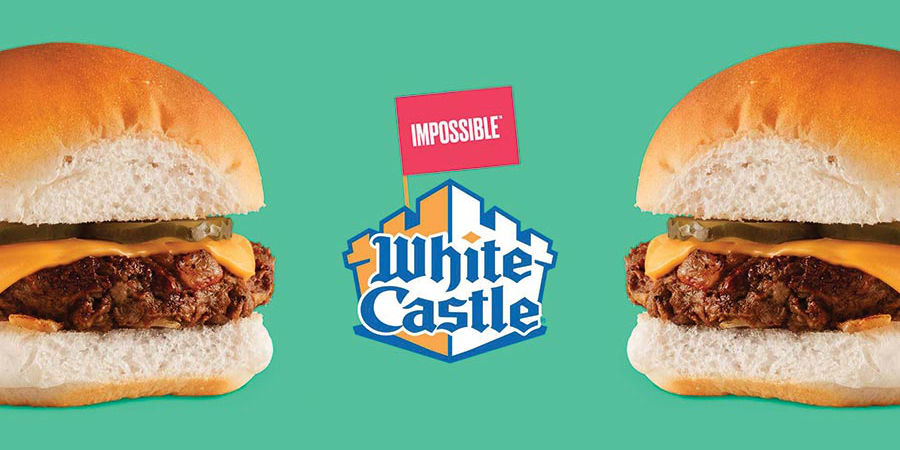 A variety of innovative plant-based protein substitutes are showing up at top chains and independent restaurants. Examples include:

Not surprisingly, younger consumers are driving the demand for plant-based protein substitutes. Some 30% of both Gen Zers and Millennials agree that they’d like more restaurants to offer sandwiches featuring plant-based proteins, compared to only 20% of Gen Xers and 10% of baby boomers.

Similarly, 37% of Gen Zers and 31% of Millennials report that they are interested in trying sandwiches that are made from imitation meats, versus just 15% of Gen Xers and 8% of Baby Boomers. This drastic generational divide emphasizes younger consumers’ more modern and comprehensive definition of health and their sustainability concerns.

In addition to a generational divide, ethnicity and gender differences exist. Hispanic consumers are the most likely ethnic group to find vegetarian and vegan meat substitutes to taste as good (36%) and be just as filling (50%) as meat-based meals. Further, half of female consumers state that these substitutes are just as filling as meat-based meals, compared to just 38% of men. To appeal to men, operators should label their plant-based menu items—especially those that include protein substitutes—in ways that spotlight their hearty content, such as including the weight of a plant-based patty or describing menu items with a “robust” positioning.

Looking ahead, plant-based fare will continue to gain popularity at restaurants. Operators will need to innovate plant-based menu items in new and unique ways to further diversify their menus and find more creative and efficient ways to market their vegetarian and vegan fare.

Operators already are using various preparation styles to innovate plant-based fare and should continue to expand upon this.

Blackened, smoked and charred are increasingly trendy preparation styles among plant-based foods. For example, P.F. Chang’s offers Wok-Charred Brussels Sprouts, and the Flagstaff House in Boulder, Colo., recently added Smoked Eggplant Mousse to its menu. Varying preparation styles is a cost-effective way for concepts to add variety to their menus since it allows operators to use the same vegetable in multiple dishes. Operators should continue to experiment with preparation style and vegetable pairings to differentiate their menus with more craveable and unique dishes.

In addition to varying up preparation styles, concepts also are incorporating a greater variety of plant-based food types on their menus. For example, wild edible weeds such as dandelion (+28.6%), amaranth (+23.1%) and sorrel (+11.4%) are among the many weeds sprouting on menus. These weeds are not only inexpensive but are nutritional powerhouses that add earthy, sometimes nutty or sweet flavors to numerous dishes. In addition to edible weeds, less common vegetables such as broccolini (+7.3%) are rapidly growing on menus. Expect to see lesser-known vegetables go mainstream as operators assimilate them into their menus with the hopes to start or keep up with the next major food trend.

As operators develop the next wave of plant-based meats, they should focus on the development of better-tasting and better-looking meat imitations, for lack of taste and texture are the leading deterrents to consumption of these types of products. Looking forward, operators should focus on creating plant-based proteins that have complex flavor and texture profiles that can better compete with meat.

To appeal more to older consumers or unadventurous eaters, operators must have better messaging around their plant-based fare. This includes providing more details about the taste and texture of plant-based dishes and highlighting health benefits. Concepts should enhance their online and in-store menus with exquisite pictures of their plant-based fare and use social media as a tool to provide further details of the food, including positive health impacts.

In retrospect, the growth of plant-based foods across menus and the intricacies of its mounting popularity reveal that plant-based fare isn’t just a fad. Instead, it is a movement that is here to stay.

With 73% of consumers reporting that they are more likely to visit a restaurant that offers new flavors and 66% stating that they are willing to spend more on a meal that features new flavors, plant-based fare has become a central means for operators to diversify and differentiate their menus from competitors. Operators are rapidly responding to increased flavor demands with the development of tasty plant-based fare highlighting ethnic spices and bold seasonings, among other features.

Plant-based fare not only addresses consumer desires for craveable flavors, but also their personal and social demands. With younger consumers increasingly coming into spending power, restaurants that will flourish are those whose menus reflect younger consumers’ health and sustainability concerns.

Menus that promote better well-being and increased awareness of social responsibility will undoubtedly feature plant-based fare. These operators will be the ones to develop and maintain a strong relationship with their consumers and drive repeat business by providing a story of their fare that includes tasty flavor profiles, health-positive branding and increased awareness of social and environmental responsibility.

Originally appeared in the August, 2018 issue of Prepared Foods as From Plant to Plate.

Sophie Mir is an associate editor for Technomic Inc., a Chicago-based foodservice research and consulting firm. Technomic provides clients with the facts, insights and consulting support they need to enhance their business strategies, decisions and results. The company’s services include publications and digital products as well as proprietary studies and ongoing research on all aspects of the food industry. Visit technomic.com for more information.

Plant Based Proteins on Menus