“Green Appeal” is one of Innova Market Insights’ top trends for 2019. It reflects a food industry increasingly committed to answering a more mindful consumer’s expectations around sustainability. In turn, manufacturers also are marketing their efforts—like “social” ingredients—right on packages.

The notion of a “circular economy” has come increasingly into focus, with more companies responding to the growing movement towards a model in which we keep resources in use for as long as possible, extract the maximum value from them while in use, then recover and regenerate products and materials at the end of each service life. This is the opposite of a traditional, linear economy centered on “make, use and dispose.”

The circular economy is driving corporate goals as manufacturers commit their brands to sustainable product and packaging development with a range of initiatives including waste reduction through upcycled ingredients and post-consumer recycling. In addition, some manufacturers embrace improved biodegradability and new technology such as compostable capsules and vegetable inks.

Showing a company’s green colors is something that today’s consumer increasingly demands. A 2018 Innova Market Insights survey indicates that 64% of US and UK consumers expect companies to invest in sustainability. It also found that consumers’ environmental concerns outweighed social and ethical ones when considering the brands to buy.

When Innova Market Insights looked at the “biggest social and environmental concerns when considering the brands that you buy,” the total percentages concerned across six global markets (US, UK, France, Germany, China and Brazil) were as follows: waste and pollution (54%), sustainability (51%), environmental (44%), fair treatment of employees (26%), support for social causes (25%) and animal welfare (18%).

Looking at this survey in more detail, two-thirds of consumers said they would prefer one food or beverage product over another if it claimed to be sustainable and planet friendly, although one-quarter would only buy if the price was similar.

This market dynamic has inspired product development, with 57% average annual growth reported globally in food and beverage launches with an ethical/ environmental claim from 2013 to 2017. More than 43% of new foods and beverages recorded by Innova Market Insights featured an ethical positioning in 2018, dominated by ethical/packaging claims on 39%. Although they’re also growing, claims related to “ethical/environmental” topics were much more modestly used at less than 5%, rising to 6% in Europe, but falling to less than 4% in North America.

Behind the scenes, highly publicized areas of environmental concern have included palm oil, cocoa and almonds.

Palm oil is a very productive crop, with high yields and lower costs than many other vegetable oils (as well as its appeal for high oxidative stability). Grown only in the tropics, it is used for cooking in developing countries, but also in food products, detergents, cosmetics and even biofuels. While it is a relatively small ingredient in the US diet, it has been suggested that palm oil is formulated into more than half of all packaged products that Americans consume. Global production and demand are both rising rapidly. Unfortunately, expanding palm oil plantations in Asia, Africa and Latin America often come at the expense of tropical forests that support human communities as well as many endangered animal species.

There has been a rising focus on socially acceptable and environmentally friendly production and sourcing. Likewise, the palm oil industry has publically committed to change and progress and it is striving to reverse the negative publicity of recent years.

Wilmar International is a giant Asian and African agribusiness company. In December 2018, Wilmar launched a new program using satellites to monitor all of its palm oil suppliers. The goal was to make it almost impossible for those suppliers to get away with forest destruction. Wilmar is joining forces with Indonesia’s Aidenvironment, a consultancy providing services and research on sustainable production and trade, to develop a comprehensive oil palm supplier group mapping database.

At around the same time, global ingredients supplier Corbion announced that it had committed to supplying customers with sustainable palm-based products and the company signed on as a member of NASPON, the North American Sustainable Palm Oil Network. NASPON was launched at the end of 2017 by the Roundtable on Sustainable Palm Oil (RSPO) to educate, build momentum and assist North American companies in making and delivering on commitments to sustainable palm oil production and supply. There were 17 founding members including Albertsons, Dunkin’, Bimbo, Kellogg, Kraft-Heinz, PepsiCo and Target. By the end of 2018, they were joined by 15 additional members including Corbion, Aldi, Campbell Soup and Colgate-Palmolive.

Also in 2018, Nestlé SA claimed to be the first global food company using Starling, a satellite-based monitoring system developed by France’s Airbus Defence and Space. Officials said the technology visually tracks 100% of the company’s palm oil supply chain around the globe and identifies potential deforestation at an early stage. They note that this helps Nestlé keep its earlier commitment that by 2020—no products containing palm oil will be associated with deforestation.

Next Generation of Clean 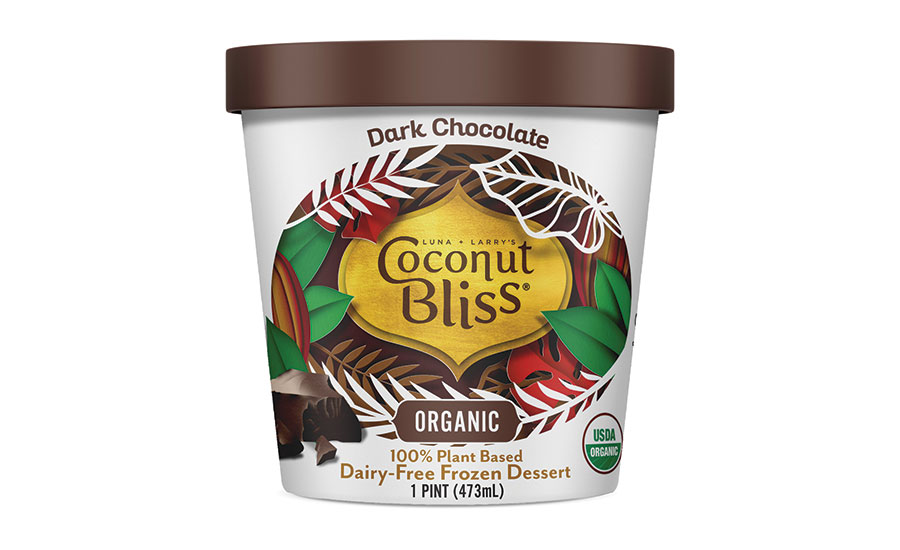 As part of its brand relaunch, plant based frozen desserts maker Coconut Bliss, Eugene, Ore., introduced new eco-friendly pint packaging. Coconut Bliss is said to be the first company to use plant-based bio resin polyethylene pint cup packaging, made from the husks of sugar cane, as an environmentally-friendly alternative to traditional petroleum-based polyethylene resin materials. The packaging is also made from 97% bio-based resources.

The next generation of clean is the marriage of health and environmental responsibility. Consumers are turning their attention to clean label products that also offer “clean” packaging. They’re wanting brands to think about their packaging as an extension of their healthy ingredient list and eco-friendly brand equities, according to results from the annual EcoFocus Trend Survey.*

On the health front, 71% of US grocery shoppers, ages 18 to 65 years, agree that foods and beverages with healthier ingredient lists should use packaging materials that are healthier too. Glass and paper are perceived as the healthiest, Styrofoam and plastic the least healthy. A majority of grocery shoppers believe that packaging can leave undesirable chemicals in their foods and beverages. They expect that Styrofoam, plastic and metal materials are most likely to do so, while glass and paper are least likely.

On the environmental front, 68% of grocery shoppers consider it important to choose foods and beverages that are packaged responsibly. For most shoppers, glass and paper packaging are considered to have the least negative environmental impact. Recyclable and renewable materials are in favor, especially for products offering natural ingredients. Surveys show 61% of grocery shoppers agree natural and organic products need to do a better job of packaging their products with recyclable materials.

Ultimately for three in four grocery shoppers, the benefit of clean ingredients delivered in clean and responsible packaging is better personal health.

Apart from palm oil, few food ingredient segments come under greater sustainability scrutiny than cocoa and chocolate. In the past, the cocoa industry was criticized for its involvement in child labor and environmental degradation. Reports of under-age minors being made to work in Côte d’Ivoire, Ghana and other cocoa-producing countries date back two decades or more. Meanwhile, deforestation is believed to be one of the biggest causes of global warming and threatens the ecosystem that provides chocolate ingredients.

Industry leaders have worked to address these bigger concerns. For example, cocoa and chocolate manufacturer Barry Callebaut set up its “Forever Chocolate” commitment to make sustainable chocolate its norm by 2025. This includes a commitment to source 100% of its ingredients sustainably by the same deadline. In April 2019, it announced that it had established traceability for one-third of its global cocoa volume, prioritizing the establishment of traceability in its Ghanaian and Ivorian supply chains (which cover the world’s two largest cocoa producers).

It was in late 2018 that Cargill announced its “Protect our Planet” plan, which (1) seeks to eliminate deforestation from its cocoa supply chain, (2) achieve 100% cocoa bean traceability and (3) commit to “no further conversion” of any forest land in Ghana and Ivory Coast for cocoa production. It also expanded the company’s forest efforts to five origin countries (Brazil, Indonesia, Cameroon, Ivory Coast and Ghana) as well as the indirect cocoa supply chain. Last but not least, plans call for help secure future livelihoods and resilience of smallholder cocoa farmers.

Some of the world’s leading chocolate confectionery companies have shifted away from the original focus of third-party certification by organizations such Fairtrade, Rainforest Alliance and UTZ. Instead, these major branded product manufacturers have promoted their own strategic, on-the-ground sourcing initiatives. These include Mondelez International’s “Cocoa for Life,” Nestlé’ SA’s “The Cocoa Plan,” Hershey Corporation’s “Cocoa for Good” and Mars’ Inc.’s “Cocoa for Generations” and “Sustainable in a Generation.”

Concern over ethical issues is reflected in the use of ethical claims for nearly half of global confectionery launches recorded by Innova Market Insights during 2018. That figure is compared with 43% for food and beverage launches as a whole. Likewise the use of ethical/environmental claims for confectionery launches was nearly 6%, compared with less than 5% for food and beverage as a whole. This interest is particularly focused on chocolate subcategories as the major users of cocoa products.

For a time, the US almond industry also received criticism for the high levels of water used with its crop—particularly following a year of Californian drought and major wildfires. This January saw the Almond Board of California (ABC) announce its “Almond Orchard 2025” goals including a $6.8 million investment in 75 independent research projects exploring next-generation farming practices. These include optimal use of water and absolutely everything else associated (zero waste) with almond orchards. In addition to improving production practices, the research projects help the California almond community provide almond lovers around the world with a “safe, wholesome and sustainable product.”

Not surprisingly, this year brings a more direct focus on sustainable eating and agriculture. In fact, there was a new report suggesting scientific targets for what constitutes both a healthy diet and a sustainable food system. The Lancet Medical Journal published, “Food in the Anthropocene: the EAT-Lancet Commission on healthy diets from sustainable food systems.” Authors say the study’s recommended goals are intended to help meet both the UN’s Sustainable Development Goals and the targets set by the Paris Climate Agreement.

The Commission quantitatively described a universal healthy reference diet, based on an increase in consumption of healthy foods (such as vegetables, fruits, whole grains, legumes, and nuts), and a decrease in consumption of unhealthy foods (such as red meat, sugar, and refined grains) that could provide major health benefits, and also increase the likelihood of attainment of the UN’s Sustainable Development Goals. 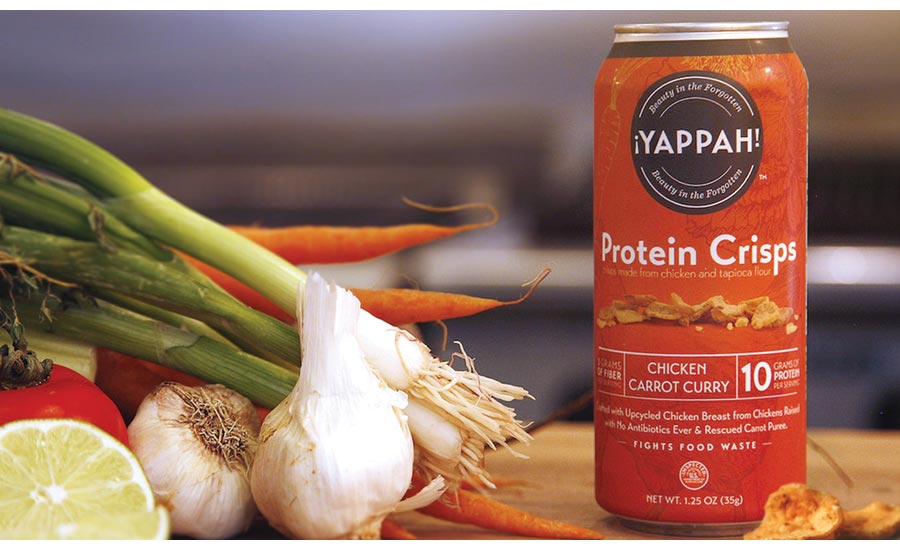 Foodscape Group LLC Founder and CEO Dr. Rachel Cheatham will moderate the discussion, which will include:

Originally appeared in the June, 2019 issue of Prepared Foods as Green Means "Go".