This website requires certain cookies to work and uses other cookies to help you have the best experience. By visiting this website, certain cookies have already been set, which you may delete and block. By closing this message or continuing to use our site, you agree to the use of cookies. Visit our updated privacy and cookie policy to learn more.
Home » The Plant-Based Food and Beverage Kingdom Grows Across Categories
2019 Food and Beverage TrendsPlant Based & Vegetarian

The Plant-Based Food and Beverage Kingdom Grows Across Categories

Interest in plant-based nutrition shows no signs of slowing down and this certainly confirms Innova Market Insights’ earlier choice of “The Plant Kingdom” as one of its Top Trends for 2019.

Companies and brands are greening up portfolios to attract consumers who want to add more plant-based options to their diets. And this applies much more broadly to mainstream consumers, who think of going “plant based” as a way to achieve a healthy and sustainable balance between meat and vegetables (rather than adopting an all-or-nothing way of eating).

According to the Innova Market Insights’ 2018 Consumer Lifestyles Survey, eight in 10 consumers in the UK, US, China, Brazil, France and Germany have changed their own or their family’s diet to try to be healthier, with more than 40% of those consumers increasing their consumption of fruit and vegetables in order to be healthier.

Although vegan numbers are rising globally, this has not been the key factor in the growing interest in plant-based eating. Rather it is the well-documented boom in the popularity of “flexitarian” diets that is fueling the mainstreaming of vegan products and the use of vegan-friendly certification. The appeal of plant-based alternatives has widened far beyond the relatively small group of people who avoid animal products (for ethical reasons) to the much larger group of people simply looking for healthier, cleaner foods.

Today’s consumer displays a high level of mindfulness about well-being and the environment overall, so it’s no real surprise that consumers increasingly are becoming mindful in their food choices. They want to know what is in their foods—in order to make decisions about health, sustainability and ethical issues. In line with this, consumers increasingly are choosing plant-based options, which often also are vegan-friendly. No matter what, the overall effect has been a rise in the number of products and brands on the market and the variety of ingredients used to make them. 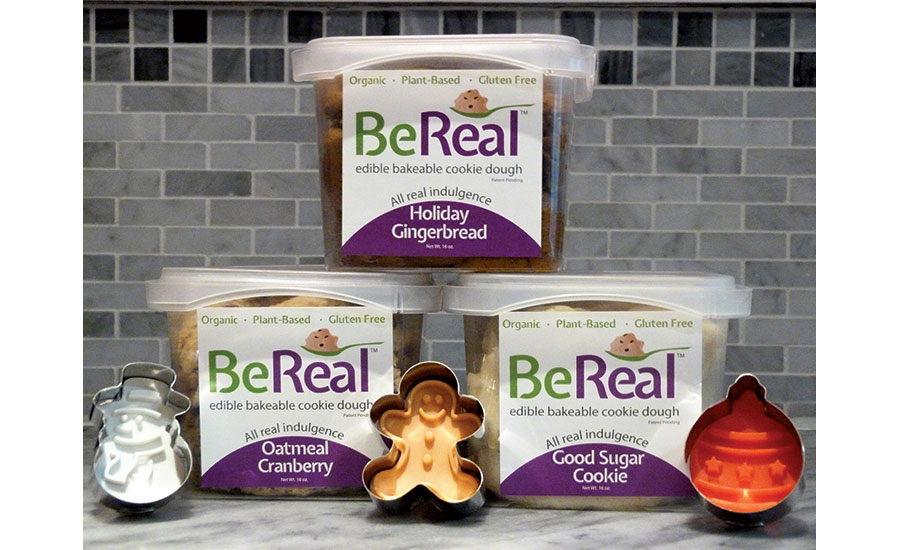 One indication of the rise in plant-based eating is the use of vegan claims in new product launches. According to Innova Market Insights data, more than 6% of global food and beverage launches used vegan-friendly claims during the 12 months to the end of June 2019, up from just 1.5% in 2013. Even in the relatively developed US market, penetration more than doubled from 3.7% to more than 8% during the same period. Elsewhere, in the UK, this figure it virtually tripled from 5% to nearly 15% during the same time period.

Leading food categories for vegan claims include snacks, bakery, soft drinks, cereals and ready meals, as well as more specific subcategories such as plant-based waters, meat substitutes and dairy alternative drinks. Snacks accounted for a leading 13.6% of US food and beverage launches with a vegan positioning in the 12 months to the end of June 2019, ahead of bakery on 10.5%, but penetration was higher in the cereals category, where 22.5% of NPD used vegan claims, compared with 17.2% for snacks and less than 10% for bakery.

Cereals lend themselves relatively easily to the use of vegan claims, primarily because they feature different grains with added ingredients such as fruit and nuts. Many products in the category already use multiple health claims, with gluten-free one of the most popular in recent years, alongside high fiber and whole grain. Key growth areas include non-GMO and protein content. Vegan claims have been added in many instances (sometimes requiring reformulation) although not all vegan claims carry front-of-pack prominence.

It’s also easy to track and see more vegan claims in the snack category. As in cereals, many products have always contained plant-based ingredients and can manage to use vegan claims with relatively little challenge to reformulate or reposition. Likewise, alongside vegan-friendly, many products also are able to appeal to other fashionable trends of the moment—including raw and paleo diets. 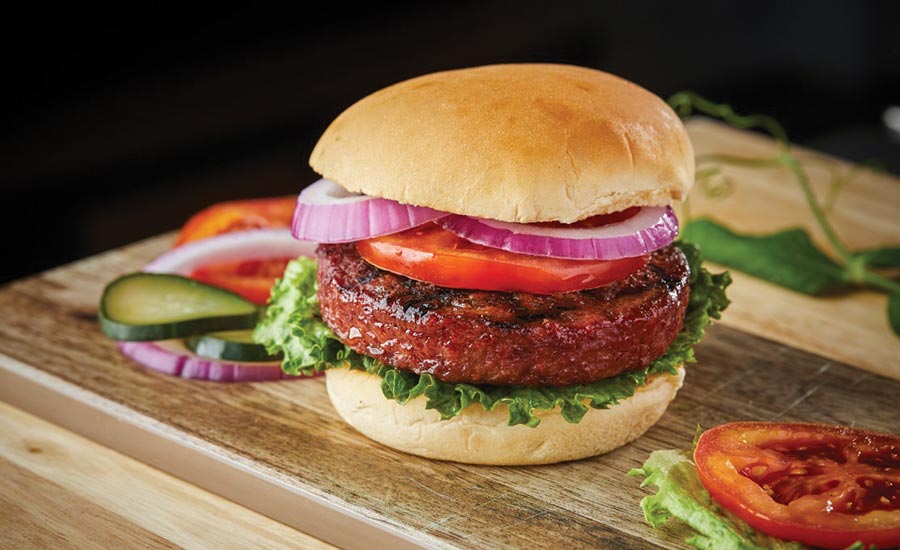 Dairy alternatives have been a particular beneficiary of the plant-based trend.  Interest may have started in the “free-from” sphere involving lactose intolerance concerns. Since then, there’s been broader consumer acceptance of dairy-free as a “healthy” alternative. Today’s even stronger push toward to plant-based options boosts growth still further.

In some parts of the world, the rise of dairy alternatives has been nothing short of meteoric. In the Western world, in particular, the market is evolving rapidly and has diversified beyond dairy alternative drinks to include alternatives to yogurt, cheese and ice cream. Behind the scenes, there’s also has been an expanding range of ingredients used to replace milk.

Dairy alternatives are thriving across North America and West Europe but positioning and formulation choices can vary from country to country and national knowledge remains vital to development. For example, some countries are increasingly influenced by a rise in veganism and plant-based eating, while others are still driven primarily by lactose concerns.

New product development in dairy alternatives has been increasing across the board, with Innova Market Insights reporting double-digit CAGRs in launch numbers between 2013 and 2018. The market was largely pioneered by beverages and this continues with dairy alternative drinks accounting for 7.7% of global dairy-free launches recorded by Innova Market Insights in the 12 months to the end of June 2019.

In the move to offer something new, an increasing variety of non-soy plant-based ingredients are appearing, including cereals such as rice, oats and barley. Innova Market Insights also reports an increase in nuts—particularly almonds but also hazelnuts, cashews, walnuts and macadamias. Other trending dairy-free ingredients include coconut and more unusual options such as lupin, hemp and flaxseed.

The US is notable as the first country to see almond milk rise to popularity, with sales up from virtually zero in the early to mid-2000s to overtake soy to become the leading non-dairy beverage variety some years ago. Soy has faced some health concerns and its fall from grace appears to have continued, such that it is also now is being challenged by coconut milk for second place.

Coconut was the source of a new range of drinkable and spoonable yogurt alternatives from US Greek yogurt specialist Chobani in early 2019. The nine-item vegan range, launched under the Non-Dairy Chobani name, is made with a coconut base using natural, non-GMO ingredients and no artificial flavors, sweeteners or preservatives. Following concerns and an ongoing review of the labeling of dairy and non-dairy products in the US, the line does not use the term “yogurt.” This keeps it in step with the European legislative situation, where use of terms such as yogurt, cream, butter and cheese for non-animal-based products is not allowed.

Along with dairy alternative drinks, spoonable non-dairy yogurt also has seen strongly rising levels of interest, but from a smaller base. Global non-dairy spoonable yogurt launches rose less than 0.5% reported in 2012 to more than 1.75% in the 12 months to the end of June 2019.

As in beverages, Innova Market Insights finds an increasingly number of products featuring non-soy plant-based ingredients. These include cashew-based options such as Cashewgurt from Happy Cashew in Germany and Vega Protein Cashew Milk Yogurt Alternative in the US. There’s also a hemp-based alternative from French company Triballat Noyal, under the Sojade branding.

At the same time, more mainstream yogurt multinationals are moving into the once highly specialist sector. In 2018, these included Danone with the launch of its Good Plants by Light & Fit Almond Milk probiotic yogurt alternative in the US. Vegan extensions to the Light & Fit yogurt range debuted at the end of 2018 with 100 calories and a reduced sugar level. Danone then launched a dairy-free version of its Oikos Greek yogurt brand—this time featuring coconut milk—in early 2019.

More recently in mid-2019, over in Europe, General Mills’ Yoplait yogurt brand introduced its Panier de Yoplait Vegetal range with both coconut milk and almond milk options and a range of flavors. 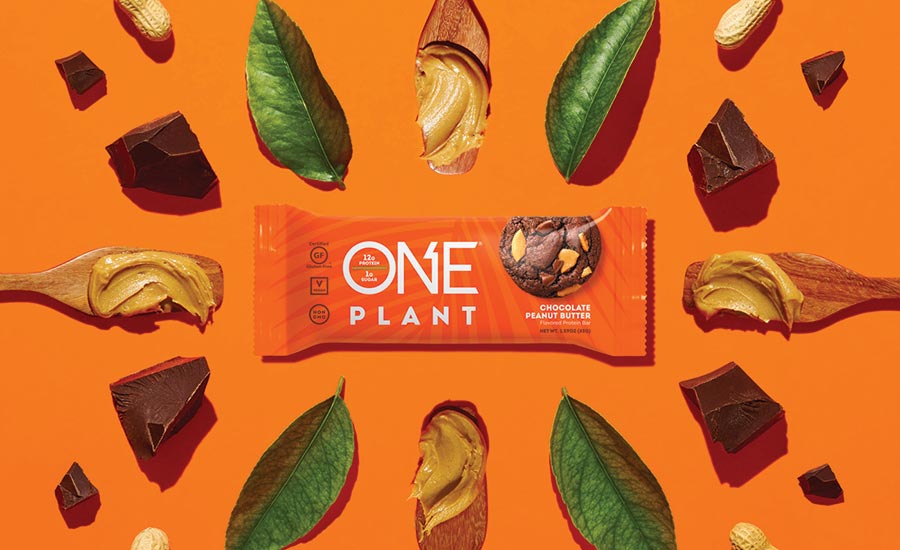 Broadening interest in plant-based diets also has resulted in meat alternatives moving beyond their original vegetarian and vegan domain. Today’s latest items appeal to a much broader base of flexitarians as new product development focuses on improved quality to replicate real meat.

After working on a meat-free chicken product in 2013, founder Ethan Brown and Beyond Meat introduced the Beyond Burger meatless burger patty, a retail product, in 2014. It claimed to be the world’s first plant-based burger that looks, cooks and satisfies like beef and is GMO, soy and gluten free. A new, upgraded version launched in early 2019 and features coconut oil and cocoa butter to create a marbling effect to make the texture closer to real meat. It also uses apple extract to help the product to brown like meat when it is cooked, as well as featuring a different mix of ingredients, including mung bean and rice protein, as well as the original protein source of peas.

Clearly, plant-based innovation is flourishing, with health, sustainability and ethics making plant-derived products and ingredients increasingly popular. Whatever the relative strengths of the different drivers, product choice has never been so diverse and innovators are continuing to deliver more complex, convenient and indulgent options, with products gaining a much higher profile as a result of improved labeling, which has facilitated easier identification and more informed choices.

Originally appeared in the November 2019 issue of Prepared Foods as Green Scene.